Since the swell of interest in the city in the mid-90s, Atlanta has gone from strength to strength; it now stands as a totem of a New South, and is one of America’s most vibrant and diverse cities.

Atlanta is a metropolis surrounded by lush greenery, made up of distinct neighbourhoods, all within easy walking distance. From the Eastside’s Little Five Points, where you’ll find locals flicking through vinyl or enjoying craft beers in food halls, to Buckhead, Atlanta’s ‘Rodeo Drive’, this city is a hive of culture, cuisine and Southern hospitality.

Attractions range from the Georgia Aquarium in Downtown, where keen divers swim with whale sharks, to the art galleries on the Westside, often housed in former industrial spaces.

Atlanta’s music permeates global culture, particularly through quirky hip-hop, which draws a line from acts like Arrested Development and Outkast to Childish Gambino, now one of the most powerful satirical voices in the US.

As the birthplace of Martin Luther King Jr, you can learn about real human struggle and empowerment at the Center for Civil and Human Rights. Iconic developments also pepper the city, such as the Centennial Olympic Park, built for the 1996 Summer Olympics, or the headquarters of the pioneering CNN.

Atlanta is truly a buzzing and modern metropolis, and we are very excited to be here for ITW 2019!

Save on Atlanta hotel bookings

Discover more about Atlanta in our blog series: 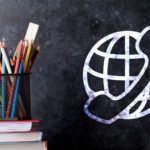 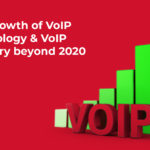